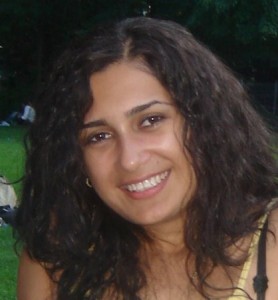 Rukhshona Nazhmidinova received Master’s degrees in Media Management and Public Relations from the Kazakh Institute of Management, Economics and Prognosis in 2006 and in Marketing from the Università della Svizzera italiana, 2011. Prior to joining EJO in 2009, Rukhshona worked with media agencies and international organizations. Her journalism experience includes working with the Associated Press and Agence France-Presse in Central Asia (2003-2006). She has also worked in the communication and public affairs sphere in international organizations such as the Organization for Security and Co-operation in Europe (OSCE) from 2007 to 2008, the Eurasia Foundation (2006-2007) and several others. Currently Rukhshona coordinates the EJO’s partnership project with Eastern European universities. Additionally, she is working on her PhD dissertation at the Università della Svizzera Italiana. Her research interests include communication strategies via new media.